ok, so it's Cinco de Mayo this weekend & i've got a new roommate moving in. last night was pretty scandalous at Liberty: Mini ran off w/Dave (who's got a girlfriend. apparently i was the last to know); Douglife hooked up w/his neighbor across the street (and i got to see this personally-well the beginnings anyway. Bummer & i busted out as fast as we could when we noticed what was going on); Courtney passed out before i even met w/ Mang & Pal at Liberty. the night was fun.

ok, so even w/all this exc 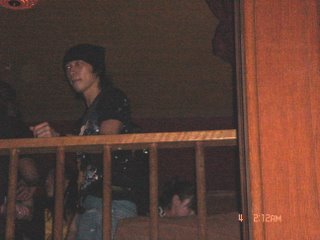 iting stuff going on & a Journey tribute band later tonight in the city, there's still really only been one thing on my mind. Rain will be in NYC tomorrow. yes, i am 24 years old and while i think i've outgrown getting all crazy about most celebrities (but i will always be a celebrity slut at heart), for some reason Rain (aka Bi-pronounced like "Bee") gets me to act all giddy like a teeny bopper all over again.

so Rain will be in NYC to attend an honorary dinner at Lincoln Center on May 8th thrown by Time Magazine for its 100 greatest influential people in the world. he'll also be holding a meeting at ABC headquarters on May 8th at noon for talks about a 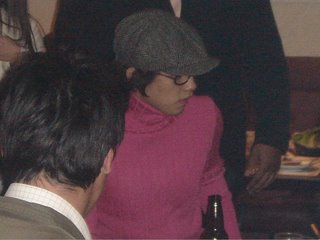 n appearance in one of their shows. for these events he'll be flying into JFK on May 7th at 11:00 am and return to Korea on May 10th. i've already roped Ahjima into joining me on Tuesday in my mission impossible: to stalk Rain. i mean, let's call a spade a spade, right?

this isn't my first offense either. Ahjima & i attended his concert at Madison Square Garden on February 2 & then managed to go to the restaurant he ate at in K-town and later, i even went to his hotel (through the help of a new friend). the night after the concert, ahjima & i went to the club promotion he attended at Coda in midtown. see? i'm fanatical when it comes to Bi.

so wish me luck that i'll get another chance to see my future husband/ideal boy.
Posted by tma at 4:27 PM