Abandoned for a Boy

Isn't that always the case? It's been a bumpy ride since the last time i wrote, and i'll freely admit, mos 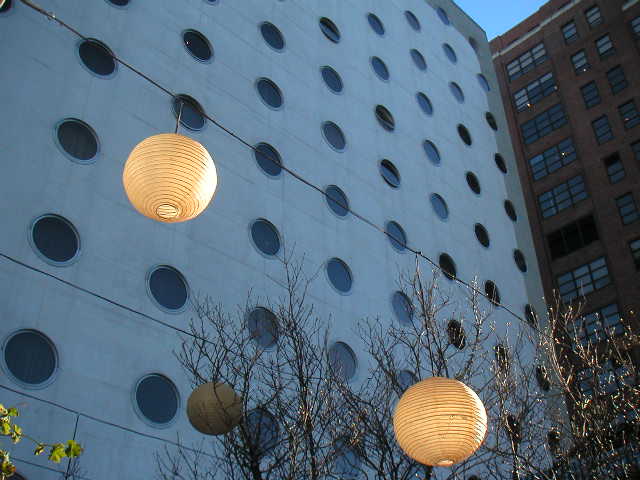 t of the neglect is b/c i've been spending my time w/Gohm (and it's been a long wkd so i haven't been sitting at work procrastinating, as i am now).

it's pretty much been a whirlwind since friday. i met up w/Gohm at Cabana and met 2 of his friends from his BU days. i've decided to adopt V as my girl b/c she completely cracks me up. Cabana was actually really nice although we didn't spend much time there. we chilled out on the rooftop and enjoyed the amazing weather that we've been having in NYC (until today of course). afterwards we headed over to Hiro which is right next door to Cabana (both of which are part of the Maritime Hotel).

Hiro's VERY cool w/a Kill Bill-esque vibe. At one point during the night 2 women climbed up on these ribbons hanging from the ceiling and began a very Cirque du Soilel performance. while i thought it was very impressive, this one woman had really long legs and i kept imagining getting kicked in the head.

m's bday and V threw her a party at Ava which is a lounge located in the penthouse level of Dream Hotel. the place is really chill, and i found out from V that if you reserve the terrace for a party they automatically give you a table and table service although it's not required to order a bottle. nice change from all the other places that require bottle service in order to get a table. i met a lot of Gohm's BU friends that night along w/Chow, his hilarious roommate.

otherwise spent a pretty relaxed long wkd. went home to west caldwell and caught up w/Nells and Henry. ironically went to breakfast w/Nells at Montville Diner (which is usually where Henry and i would go back when he lived on the east coast). couldn't be bothered w/sitting in the mugginess to watch the fireworks so instead met up w/Gohm and his friends at Banc Cafe, and while i didn't order any food, i have to admit theirs looked pretty good. at the end i did order a double chocolate irish whiskey cake. yea, it was as yummy and chocolatey as it sounds.
Posted by tma at 3:37 PM