that is NOT my doctor

O was on 1 of his tri-annual trips into the U.S. so his friends planned a dinner get-together at Mexican Radio City for him. i tend to shy away from mexican restaurants unless they involve the words take and out (Fresco anyone? those attending BLS would understand this reference). i always enjoy mexican food, but i can never justify the cost of fine-dining mexican (if there is such a thing) and since i'm not a fan of tequila (pls refer to the Tequila is My Kryptonite entry) i never want to drink margaritas. however, since it was O, i made an exception.
we went to the Mexican Radio City on Cleveland, right around the corner from the Spring Street stop on the 6 train. O had told me dinner would be at 7:30 but when we arrived there nobody was there and i couldn't reach O on cellphone. Mexican Radio City doesn't allow a party to sit until everyone has arrived and i checked the reservations and it turned out dinner was at 8:30, so, with an hour to kill, AMW and i went around the corner to Spring Lounge for drinks. the drinks are decently priced for NY (nothing over $9) and it was busy but not over-crowded which is the perfect balance for a bar. you want to go somewhere where it doesn't feel completely dead but not so crowded that you can't move or get a drink or hear the people you're with talk. 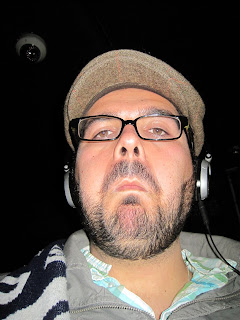 at 8:30 we sat down to dinner with a very large group of ppl. most of them i knew threw O but since AMW didn't know them, i spent most of the night talking to her. the food is "eh" and the prices are redonkey-kong for "eh" food, but once again, i may be biased because of my perception of mexican food and my lack of standards. since i wasn't that hungry i ordered the cheapest thing on the menu that still looked like a meal: the macaroni-and-cheese which comes with a salad on the side. the salad was good with crumbly but not stinky cheese on top (i know the name but it eludes me right now) and a tangy dressing. the mac-and-cheese was decent. there isn't anything really "mexican" about it except it's color (slightly green) with more crumbly but not stinky cheese on top. i had ordered it hoping that everyone would go dutch but alas, it wasn't in the cards.

it's always so awkward when it comes to big dinner parties and the check. how do you broach the subject? if you're poor like me, you hope everyone will go dutch and just pay for what they ordered individually plus an even split for alcohol. but that doesn't happen often when dealing with ppl you don't know. you want to say something but you don't want to be that person. with my good friends, that always happens and is done w/o saying. que sera, sera: b/c it was O and i hardly ever see him, i deemed it a sunk cost.

since i didn't really get the chance to talk w/O, i went w/him and the group to Firefly, which it's website defines itself as a hot spot/sports bar in Soho. those 3 words don't really go together. the place was pretty empty on a Friday night, and although we were there from 11:30ish until 2:30ish, it never really got packed aside from our group. the drinks are mid-level (3 vodka, cranberry, and sodas=$30 including tip) and the music is forgettable (hence i can't remember what they were playing). i hadn't planned on staying at Firefly b/c i was supposed to eventually meet up w/Egg but 2 things caused me to stay: 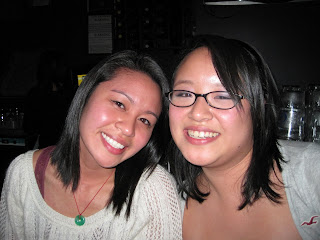 1. O's little sister ended up attending the dinner. i haven't seen her since before she left for UCLA for college which was over 4 or 5 yrs ago. it was so surreal to be hanging out at a bar with her. it was also really cute how her face immediately turned red after her 1st drink. apparently she's not the heavyweight her brothers are. 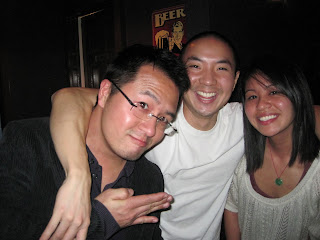 2. i got to hang out w/Docha! Docha is a crush of mine back from O's NYU days and he's prob one of the only ones that i've managed to maintain an adult crush on since he's just gotten better with time and age. Docha is now a resident at Mt. Sinai whereas when i met him he was a simple pre-med student. i'm so proud of Docha for persevering. Docha is now happily involved w/a girl for about 4 or 5 yrs now, but that won't stop my adult (and not-weird) crush. a girl can dream can't she?

i haven't really hung w/Docha in a long time and the last time i did he was all mature and adult. but not this time! maybe b/c Docha had the time off from his crazy resident life-style but Docha definitely lived it up that night. he was hilarious. but it made me realize, i could never have Docha as my doctor. not based on his behavior at Firefly... 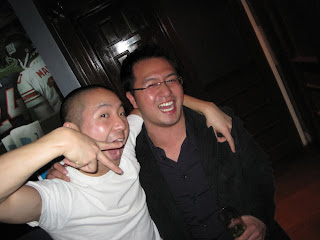