The Road Not Taken

-Robert Frost. "The Road Not Taken" from Mountain Interval


although i live in the beautiful and bustling city of New York, as a resident, i often take it for granted. until recently, although it was only 4 blocks away, i had never walked to the piers at Brooklyn Bridge Park. in fact, unless it was for something specific i.e. Smorgasburg or Photoville, i wouldn't travel to BBP much at all.

so imagine my surprise when i found out how close Pier 6 and Pier 5 were to my apartment and how much i'd been missing out.  so what else was i missing out on?

luckily, more and more of my friends have begun moving into the neighborhood, which means more people to explore with. which is exactly what Goldilocks and i did on a random evening after work.

we started at Piers 5 & 6, observing the newly turfed soccer fields and the amazing view across the East River/Hudson (i don't know which one it is. i'm geographically challenged). did you know there is a whole barbecue area with accompanying picnic tables available? who needs a backyard space when i can just go grill in the park? 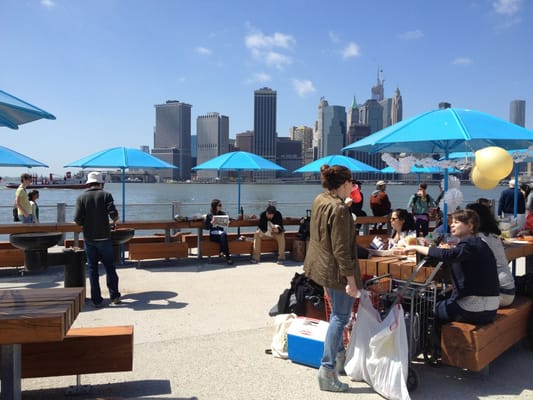 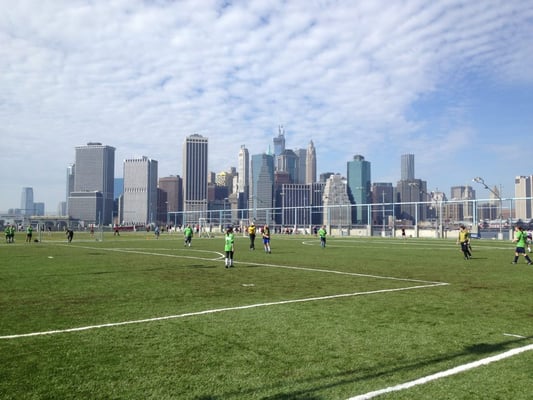 from there Goldilocks and began walking up towards Pier 1. there's been so many changes to the park that i never knew about. there now exists a suspension bridge to connect the Promenade to the park. but the most interesting finds were the secluded pathways within the shrubbery that take you from the inner walking path to the outer walking path near the water. usually i wouldn't take this kind of route because (as is probably obvious) i'm not really an outdoors girl. and dark pathways where i can't see the end don't entice me very much. but thanks to Goldilocks, i did that particular evening and learned something more to love about my park.

since then, i've been heading over to the park at least twice a week. who knows what else i'll uncover?
Posted by tma at 12:24 PM